To master's student Jazmin Castillo, the well-being of hyenas is no laughing matter.

After spending four of her undergraduate summers in Africa estimating hyena populations in the Northern Tuli Game Reserve in Botswana, she is now focusing her graduate work on determining the role of spotted hyenas and how their populations can be managed and sustained on lands dominated by humans. She will be comparing how predators--like hyena--are conserved in Africa versus Nebraska. 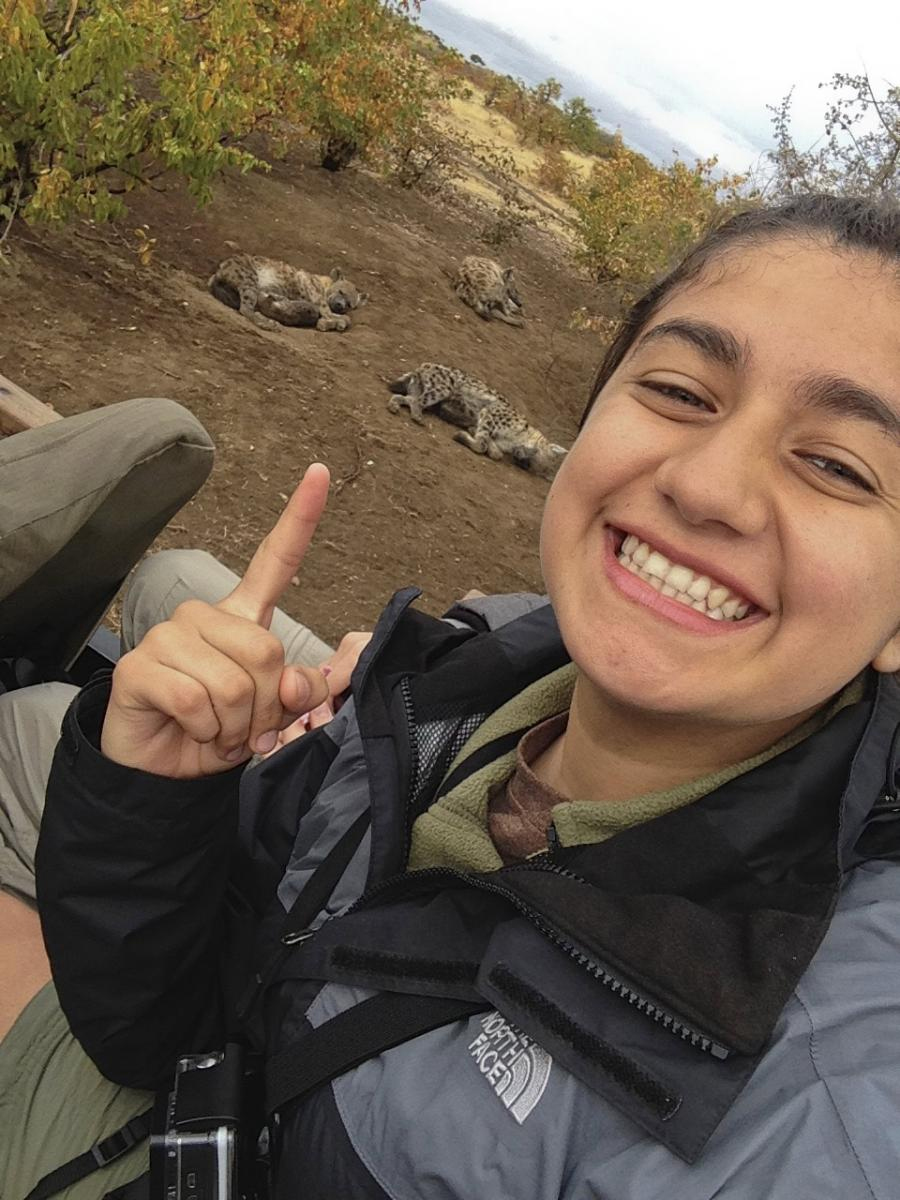 People have traditionally associated hyenas with witches and, more recently, viewed themas cowardly villains, as portrayed in "The Lion King" movie, Castillo says. In contrast, she views hyenas as "fascinating" and points to their social structure and other characteristics that make them stand out in the animal kingdom.

"The females are larger and stronger than the males, and they are the ones in charge," she says. "Even the youngest female, like a newborn pup, is usually higher ranked than the oldest male. Even more unusual, the genitalia of the females looks the same as that of males. Female hyenas have what looks like a penis and even give birth through it. In very few species can you observe such characteristics or social dynamics."

Yet tourists who go on safari in Africa typically go to see lions, elephants, giraffes . . . everything but hyenas. Not even scientists showed much interest in hyenas within the reserve until they realized the need to manage wildlife to conserve it.

Castillo has been working with a team of scientists collaring hyenas to research their activities better. She says her work with hyenas is "a really cool job" and credits John Carroll, director of the School of Natural Resources, with helping her to find it and her place in college through the study abroad program he leads.

"The biggest help has been John," she says. "He right away took me in under his wing. He's also a first-generation American, first-generation college student like me, so he understands some of the things that other students take for granted." 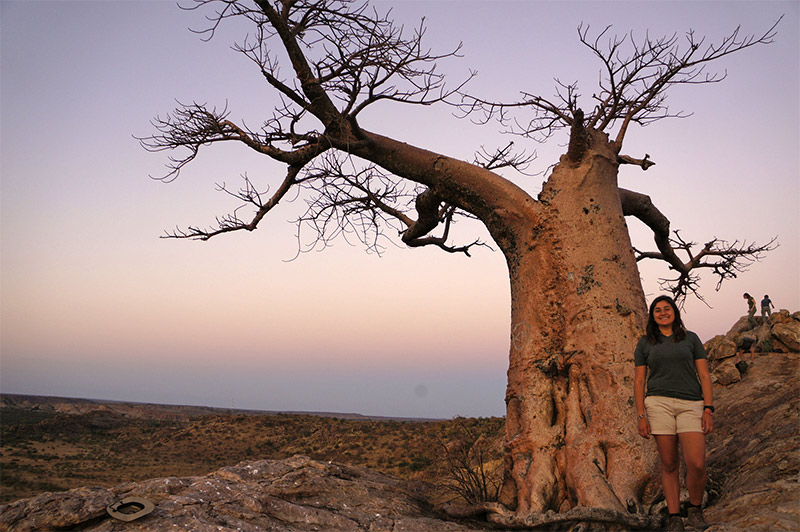 Carroll encouraged her to go to graduate school and apply for the National Research Traineeship program. Now, because of him and other professors in the School of Natural Resources, she is considering becoming a professor as a career option.

"The professors in this department make themselves so relatable, so it's something where you can sit back and think, 'Well, maybe one day I could be in their position,'" she says.

She is also considering ecotourism as a career option, possibly in Mexico where her extended family lives. If she goes this route, she says she will apply what she has learned in Africa about "finding a benefit to wildlife so that people who normally wouldn't like the outdoors see the benefit to it."

She attests to her own growing appreciation of wildlife through her studies at the university and abroad. "I didn't like hyenas when I first went to Africa," she says. "They weren't something I wanted to go see, and then when I actually spent time over there and realized how complex their social dynamics are and all of this other stuff that nobody really knows about, those are the things that made hyenas interesting and made me ask, 'How are they not more popular?' If people only knew!"

Currently this page only displays grants that were awarded on 1/1/2009 to the present. If a grant was awarded prior to 1/1/2009 and is still active, it will not be displayed on this page.

There no Grants found for this selection.