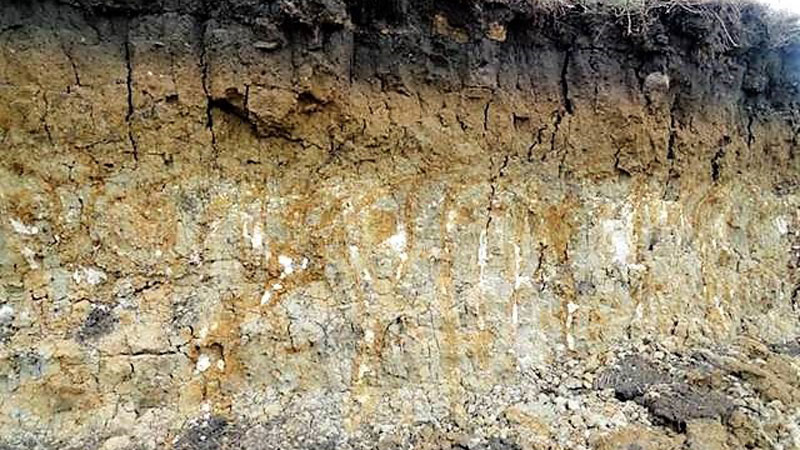 Many soil types are recognized in Nebraska. These soils exhibit differences in the number, arrangement, thickness, and characteristics of their horizons. Horizons are layers in the soil, formed by environmentally-driven processes, which can be differentiated on the basis of color, texture (content of sand, silt, clay, and coarse fragments), structure (arrangement of particles into aggregates), and consistence (hardness or softness). Soils are an important natural resources in Nebraska. The state has an abundance of soils of high natural fertility and large areas of soils that are well-suited to production of cultivated crops. Other areas of the state are poorly suited to cultivated crops, but well-suited for grazing and hayland. Challenges for soil use in the state include recovering the health of soils impacted by past cultivation practices that did not consider soil conservation and adapting to a changing climate. 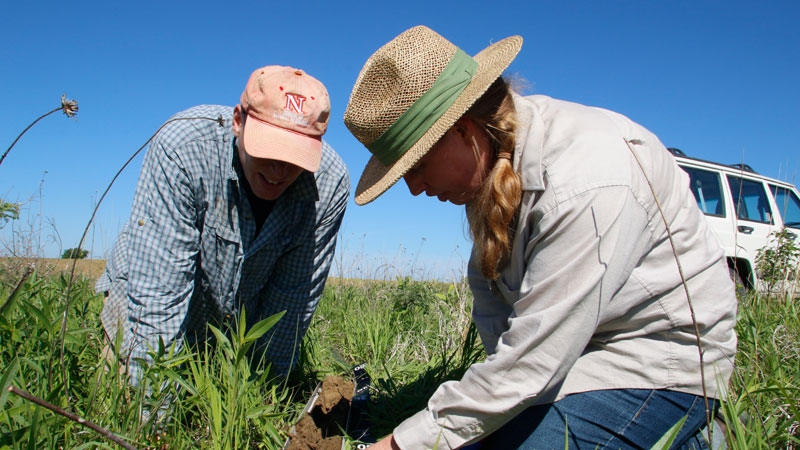 There are 385 soil series in Nebraska, which can be grouped in to 31 different associations of soils occurring in different geographic areas. These different soil types result mainly from differences in four soil forming factors: climate, parent material, relief, and time. Climate in Nebraska ranges from subhumid to semi-arid, driving variations in the intensity of both chemical (e.g., weathering and leaching) and biological (e.g., addition and decomposition of organic matter) processes.

The bedrock geology of the state includes limestones, shales, chalk, and sandstone. In places the bedrock is exposed resulting in soils formed directly from the rock, but much of the state is covered by unconsolidated sediments deposited by glaciers, water, and wind. While wind and water deposited sediments are fairly local in origin and therefore similar to the bedrock in chemical and mineralogic characteristics, glacial deposits contain small percentages of material and rocks transported great distances to arrive at their final location. Wind deposits vary in texture and can be characterized as eolian sands, which are predominantly sandy textured, or loess, which is predominately silty. Generally soils formed from eolian sands are sandy in texture, soils formed in loess are silty, and soils formed from shale are clayey. 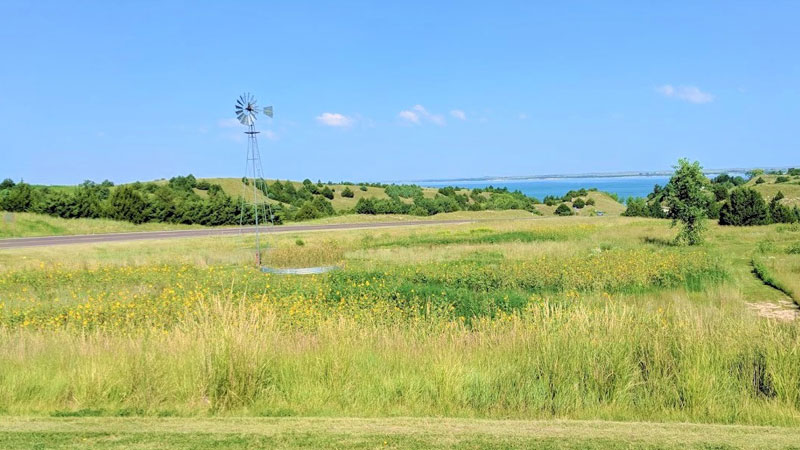 Most of Nebraska is in the Great Plains physiographic province and the major landform in the state is plains. However, numerous minor landforms occur within the plains, including hills, canyons, dunes, moraines, and valleys. These variations in relief influence soil development by affecting the distribution of water and sediments. Steep slopes lose moisture to runoff, convex slopes shed water and tend to be drier, while concave slopes and depressions collect water from adjoining areas, and the direction of slopes influences exposure to the sun and wind. Erosion is common on convex and linear slopes, while deposition continually adds new material to concave parts of the landscape. The most stable part of the landscape very gently sloping areas. The stability of landforms in turn impact the age of the soil. Many stable upland sites in Nebraska have soils that are 10,000 years in age or older, while floodplains undergo repeated cycles of deposition that continually re-set the clock on soil development. 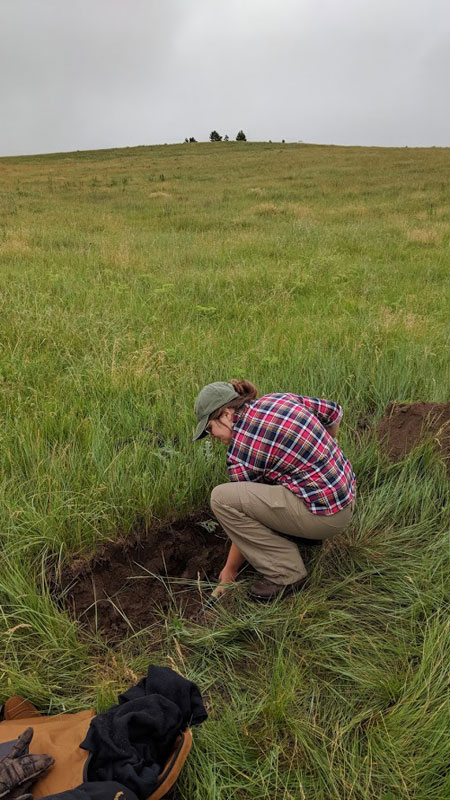 One constant of soil formation in the state is that almost all soils formed under prairie grasses. As a result, Mollisols, or soils with thick, dark-colored surface horizons are one of the major soil orders in the state. Decomposition of the roots of prairie grasses and surface vegetation incorporated into the soil by burrowing animals produce a surface horizon that is well-structured and rich in organic matter. The other major soil order in the state are Entisols, which lack distinct horizons. These soils occur in a variety of settings in the state, including young deposits on floodplains, very sandy soils in the sand hills, and steep slopes where high rates of erosion prevent significant soil development.

Soils are one of Nebraska’s most important natural resources and all Nebraskans have a responsibility to recognize the potential and limitations imposed by soils on our activities and use of the land.