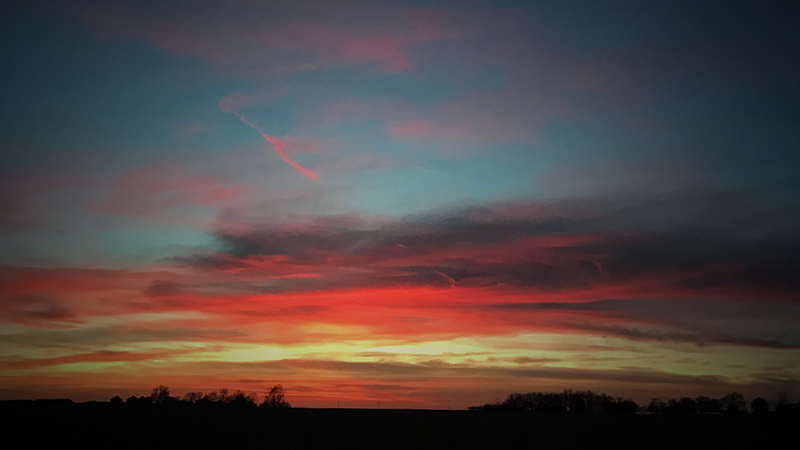 One of the unique features of warm season weather in the U.S. Great Plains is that heavy precipitation takes place most frequently between midnight and early morning. Such nocturnal heavy precipitation contributes to nearly 80% of daily convective precipitation, critically affecting water resources availability, the economy, and the safety of the communities in the region. This nocturnal heavy precipitation is counterintuitive in the sense that the intensive convective activity over the Great Plains occurs at late night when the lower-troposphere is stably stratified, and the convective available potential energy is low. This paradoxical situation challenges the traditional understanding of development of severe convection yet also presents an opportunity for exploring new mechanisms for severe nocturnal convection and rainfall in the U.S. Great Plains.

The significance of outcomes of this study is the exploring of a new mechanism for warm season severe convection and rainfall in the Great Plains at mid-night to early morning hours. The validation of the new mechanism will fill the gap in the knowledge of initiation of nocturnal convection in the absence of frontal boundaries and convective complex and will extend the knowledge of nocturnal convection beyond the traditional thinking. The findings will help improve model capabilities to predict the timing and intensity of severe convection and rainfall in the U.S. Great Plains. The broader impacts of this study also include its potential to improve the safety and wellbeing of the communities across the U.S. Great Plains and, through education, expanding local public schools' science education programs by engaging students in learning fluid dynamics and appreciating the impacts of geosciences in improving people's lives.

The main research tasks are: